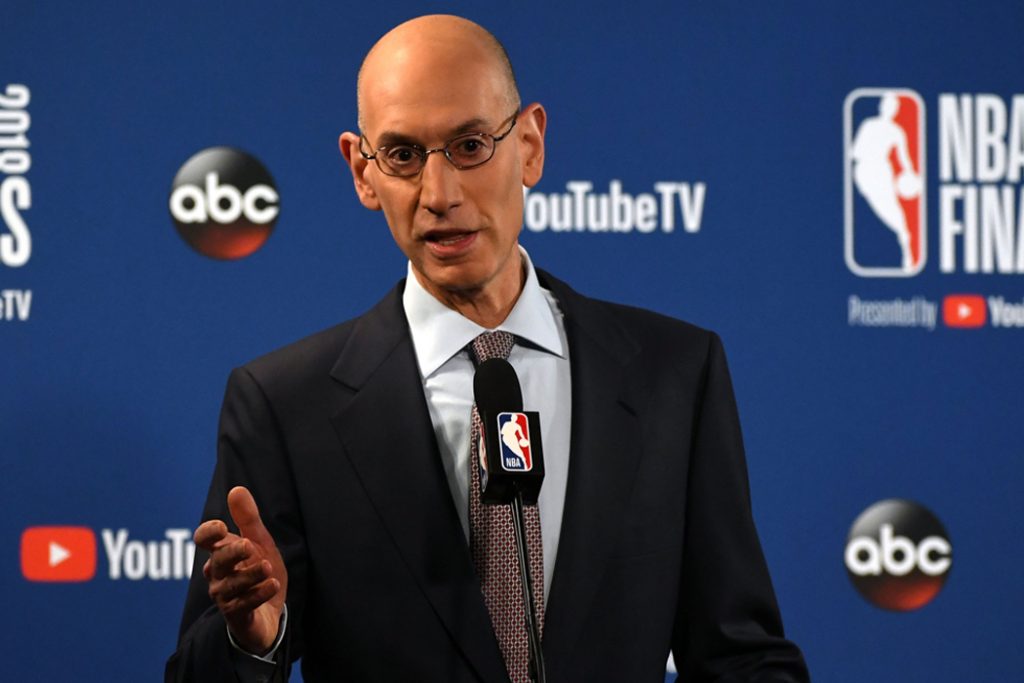 The NBA is continuing to mull changes that could make the future of the league competition look like European football, with tournaments that take place during the season along with league games

Commissioner Adam Silver mentioned everything from shorter games to a shorter season (currently 82 games) as ways the NBA could make its future product better for players and fans.

“The format we have in place now – I’m a traditionalist on one hand, but on the other hand it’s 50 years old or so, presenting an 82-game season, and there’s nothing magical about it,” Silver said.

“I think it’s on the league office to always be challenging the way we do things, to be paying attention to changing viewer habits, a changing marketplace, a new world of the way media is presented, often on smaller devices, less on screens, people having shorter attention spans, and saying, `This is an incredible game, it’s never been more exciting, the athleticism has never been greater, fantastic players coming from all around the world, but what’s the best way to put the season together?”‘

Silver also mentioned the possibility of trimming games from 48 minutes to 40, which is the length of college and international games.

Silver has focused on player health as commissioner, opening the regular season earlier to reduce the frequency of back-to-back games, and lengthening the All-Star break.

But players are still sitting out games throughout the season – either by their choice or because their teams are requiring it – often for reasons being listed as load management.

“I think a fair point from fans could be if ultimately the science suggests that 82 games is too many games for these players, maybe you shouldn’t have an 82-game season,” Silver said. “I accept that, and that’s something we’ll continue to look at.”

Fewer games could mean less revenue, unless they could be replaced by something that would generate as many or more viewers. Tournaments could be an answer, even if 82 games remains the format.

Silver has pointed to European soccer as something that could bring new interest to the NBA by offering teams more opportunities to win something, instead of just having one champion.

“That’s why I’m particularly interested in looking at different kinds of formats — at midseason tournaments, for example, play-in tournaments — because even accepting that players have so many miles on their bodies, there may be better ways to present it,” Silver said.

“Assuming guys are going to play 82 games, maybe there should be a certain number of games in the regular season and then there should be two tournaments throughout the season.”

He acknowledged that model would require a change of thinking in American fans, who are used to only caring about the winner of the NBA Finals.

He cautioned that none of the changes he discussed after the league’s Board of Governors meetings were close to being implemented, and would continue to be studied within the league, perhaps for a few years.

“Part of it is just the formality that they need to be negotiated with the Players Association, but even if the Players Association came to us and said, ‘You guys know best, what is it you want,’ I wouldn’t know how to answer it,” Silver said. “I think it’s going to require a lot more research, a lot more thoughtfulness on behalf of the teams, players and the league working together.”