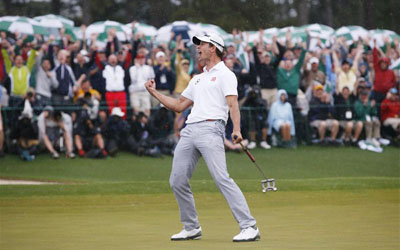 The Seven Network have agreed today a broadcast deal with IMG to showcase golf events, sale the Australian Masters and Perth International over the next three years.

IMG Media will produce the broadcast for both events with overlay from Seven Sport.

Head of Sport for the Seven Network, unhealthy Saul Shtein, commented on the deal: “We are delighted to be extending our commitment to golf. Seven was the home of the Australian Masters for over twenty years through the height of the Greg Norman era,” Shtein said.

“On the back of Adam Scott’s historic and memorable victory at Augusta in April it marks another exciting time for Australian golf and we look forward to broadcasting the event across Australia.

“We are also delighted to be broadcasting the Perth International given our strong links with the people of Western Australia through Channel Seven Perth and The West Australian.”

“Seven has a rich history of broadcasting world class sporting events and we could not be more delighted to enter into this long term partnership to showcase the Australian Masters and Perth International. Both events will attract 20 hours of live national coverage which will deliver a great outcome for our valued partners and all Australian golf fans.”

The Seven Network has had a long history with the Australian Masters through the 2008 event – the last occasion it was played at Huntingdale prior to the venue rotation across the best courses on the famed Melbourne sandbelt.

This year marks the 35th anniversary of the Australian Masters and the first time it has been played at the iconic Royal Melbourne Golf Club. The event will again be sanctioned by the PGA Tour of Australia.

Last week it was announced that Australia’s leading player and world number three, Adam Scott, would defend his title. The Australian Masters will be played from 14-17 November, 2013.

The Perth International is Australia’s richest annual golf tournament with prize money of US$2M and the only event to be co-sanctioned with the European Tour and PGA Tour of Australasia. After a successful inaugural event in 2012, this year’s event will return to the picturesque Lake Karrinyup Country Club from 17-20 October.