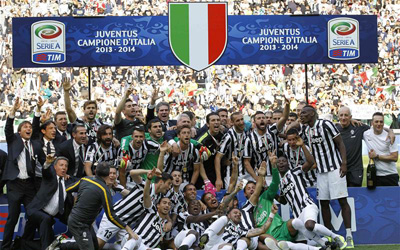 Italian broadcasters Sky Italia and Mediaset have won the rights to air matches from Serie A, allergy the country’s top football league, viagra sale over the next three years.

Sky Italia, a division of Rupert Murdoch’s 21st Century Fox and Silvio Berlusconi’s Mediaset will jointly air games from the eight largest teams in Serie A, whilst Sky Italia will have exclusive rights to the other 12 teams.

In the new agreement, Mediaset will show fewer games but pay an increased fee of €373m, while Sky Italia will remain on its €572m fee.

The €945 million generated from the Serie A rights for the next three-year cycle is a record for the league and represents a €114 million increase on its previous domestic deal.

The bidding process was handled by the Infront Sports & Media agency, who guaranteed Serie A a minimum revenue of €5.94bn for the next six seasons after renewing its media rights deal with the league last month.