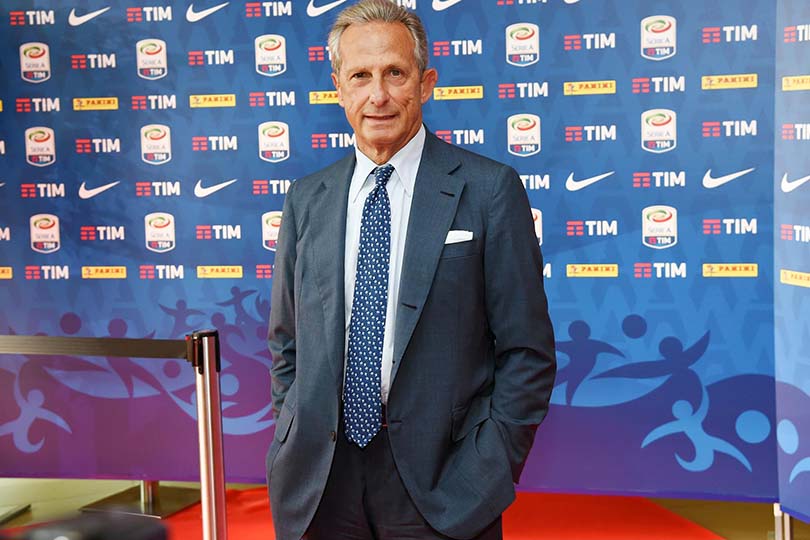 Serie A President: “We Need To Improve”

The President of Italy’s Serie A said the only way for the league to grow revenues is via the international market, but internal improvements are needed in order to make it happen.

In an interview with Corriere della Sera, Gaetano Miccichè, who became Serie A President in March 2018, said: “We don’t lack investors and customers, but the quality needs to improve. We need to improve the infrastructure and get the players up to a high level. If we succeed in developing the overall quality, we will also be able to attract investors and sponsors from overseas.”

He indicated that he sees Serie A’s main competitors as being the Spanish and German leagues, while the English Premier League has pulled ahead. “With LaLiga and the Bundesliga we can play. The Premier League has better stadiums, international investors and generally has achieved a level of corporate peace.”

Miccichè, who is also President of Banca IMI (part of Gruppo Intesa Sanpaolo), said he views football in a much broader economic context. “Football is a catalyst for the success of Made in Italy and for our economy. And as social influence it’s an inexhaustible resource.”

He said Serie A continues to explore having its own TV channel and is focused on making sure whatever it does delivers quality and financial benefit.

He added that reducing Serie A to 18 teams remains a possibility, but that he thinks 20 is the right number. It will be up to the league assembly to decide.