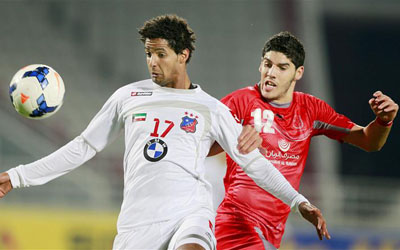 The Asian Football Confederation (AFC) has announced Seiko Holdings Corporation as their latest sponsor on a three-year contract.

The Japanese company will become the Official Timing Graphics sponsor of the AFC Champions League and a supporter of the AFC’s other club competitions, including the AFC Cup.

“We are delighted to welcome Seiko to the Asian football family as they become the latest elite brand to join our group of highly valued commercial partners,” said AFC General Secretary, Dato’ Alex Soosay.

“The professionalism and exposure of our club competitions have been improving year-on-year and there is a lot to be gained by being associated with the club game in Asia.

“We are sure the relationship between the AFC and Seiko will be mutually beneficial and we look forward to a long and fruitful relationship.”

“We have a 50-year tradition of supporting sport through the sponsorship and timing of many different sports as part of our fundamental corporate philosophy to be a company that is trusted by society.

“Through this partnership, we will be committed to the advancement and development of football in Asia together with the AFC.”

Seiko’s branding will adorn on-screen television graphics on broadcasts of the AFC Champions League, which was watched by record numbers of viewers in 2013 as the competition was won by China’s Guangzhou Evergrande. The 2014 season will kick off on Tuesday.

“The club game in Asia continues to grow and the faith Seiko has shown in the AFC club package is yet another milestone for the confederation’s commercial programme,” said Nick Mould, President, East Asia, World Sport Group, the exclusive marketing partner of the AFC.

“The AFC Champions League and AFC Cup have encouraged significant growth in club football in Asia and it is ably supported and complimented by the other events in the AFC’s club portfolio, thereby delivering significant exposure for our commercial partners.

“I’d like to welcome Seiko to the Asian football family at what is a very exciting time in the history of the sport in the region.”