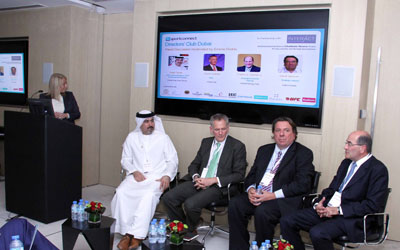 The event was supported by the Dubai Sports Council and gathered 60 key stakeholders in sport business.

One of the highlights of the afternoon included an interview with the Secretary General of the UAE Rugby Federation, Qais Abdulla Al Dhalai who was clearly passionate about growing the game of rugby and talked about how they are integrating the sport into the Emirati culture through grassroots development and initiatives with the community.

Following Qais’ interview, the panel of speakers discussed the major concerns in the region, including sponsorship, local participation and obesity issues.

Suggestions were put forward by the attendees and speakers to solve some of the bigger concerns to take to government entities and drive the sector forward.

The event closed with more networking at the Reception and Dinner on Ritz Carlton DIFC’s Garden Terrace.

The third edition of the Directors’ Club Dubai will take place in May 2015.

Delegates are welcomed to the second Directors’ Club Dubai

Delegates at the Directors’ Club Dubai