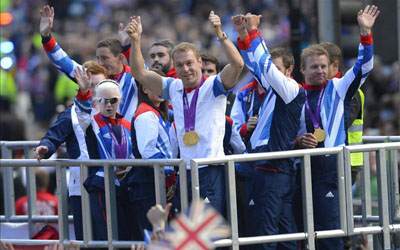 Scottish independence: A Chance For SportScotland to Start From Scratch?

On Thursday, illness Scotland will vote on whether they wish to seek independence from Great Britain.

Should the ‘Yes’ vote win, it’s understood that the Scottish government would want independence enacted in March 2016.

This would have a number of repercussions on the sporting world, not least Team GB which would at that point be preparing for the Rio 2016 Olympics and Paralympics.

The idea of a Scottish the Games in Brazil looks highly ambitious at this point, as they would have to fulfil a number of criteria before being accepted by the International Olympic Committee; mainly, being recognised as an independent nation “by the international community”.

With that in mind, the British Olympic Association is taking a cautious approach to the issue, with a spokesman telling iSportconnect: “At this point in time, Team GB is made up of athletes from all eligible home nations and territories. Once the referendum result is known, we will look at the possible consequences for a British Olympic team and act accordingly.”

But without Scottish athletes, Team GB would find themselves without 13 of the record medal haul of 65 they won at London 2012. Also, their total in Sochi would be halved because of the medals won by the all-Scottish men’s and women’s curling teams.

2013 Wimbledon champion Andy Murray has admitted that he would represent Scotland at the Rio Olympics if that situation came to pass. There would also be significant changes in the set up of the British and Irish Lions rugby team.

More than that though, the split represents a certain financial conundrum.

Currently, UK Sport’s budget covers Scotland and secretary of sport, Shona Robison, expects the appropriate share of that (around £37m over four-years) to be transferred to SportScotland in the event of independence.

However, the Guardian reported recently that the British government would seek to renegotiate the way sport is funded, particularly in relation to funding partner the National Lottery.

A situation, then, could present itself where Scotland created a national sporting model from scratch – something that Professor Simon Chadwick, Chair in Sport Business Strategy at Coventry University Business School, believes could be a good idea.

Speaking to iSportconnect, he said “My feeling is that we will see some government intervention allied to private sector involvement. Clearly there are some health and welfare issues that sport can make a contribution towards addressing, plus Scotland does have something of a comparative advantage in sports like golf and cycling.

“For various reasons, a Scottish government will presumably be keen to support and maintain such an advantage. But the level of state funding available for sport has to be open to question, and the intention will surely be that any gaps in funding are plugged by the private sector.

“Again, in the short to medium term, one has to question whether companies will have the appetite for such engagement as they are likely to have other issues to deal with.

“That said, both domestic Scottish and international businesses may well use independence as an opportunity to gain competitive advantage in the Scottish marketplace, particularly if the heavily touted potential economic strength of Scotland ultimately manifests itself.”

Scotland’s First Minister Alex Salmond hopes that his country’s tourism trade will continue to flourish in an independent state. The tourism figures from last year were worth £9 billion and the 2014 total is sure to be significantly boosted by sport following the 2014 Commonwealth Games and the upcoming Ryder Cup at Gleneagles.

Chadwick believes the latter could provide an opportunity for sport funding. “Longer-term, an independent Scotland might see e.g. golf as a way to nation brand, and there may even be an attempt to position Scotland as an event destination for the sport” he said.

Although that idea could be quite contentious given the vociferous campaign against Donald Trump’s plans to build a corporate golf course in Aberdeenshire on one of the last bits of open land on Scotland’s east coast.

The recent polls show support for ‘Yes’ and ‘No’ is almost equal. If the former wins out though, there are sure to be more pressing concerns than whom or what will fund sport.

But as Chadwick says, “this is a tremendous opportunity for Scotland to craft a new, possibly ground-breaking, national sporting strategy. However, the alternative view is that, in a country where sporting performance has not been especially notable for several decades, independence is more hindrance than help.”

Also see the discussion Would Independence Be a Good Move For Scottish Sport?