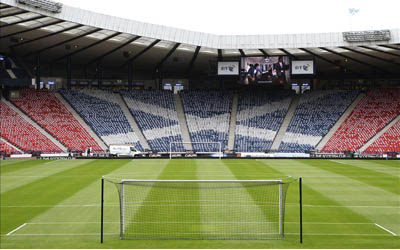 The Scottish Professional Football League (SPFL) was finally sealed and approved on Thursday after 15 hours of talks at Hampden Park.

The conclusion is a merger between the Scottish Premier League (SPL) and the Scottish Football League (SFL) with a retained divisional structure of 12-10-10-10.

Play-offs and a new financial redistribution model will also come into play after representatives from all 42 clubs approved the deal.

Former SPL Board Member and current Hibernian Chairman, Rod Petrie said: “It’s been a difficult day for a lot of people.

“There has been a lot to consider but everybody has approached it in a positive and professional manner.

“I think it’s right that everybody took their time and made sure that we got the fine detail correct.

“From a supporters’ point of view, they probably don’t see a lot of change but from the management of the game and the way that we organise ourselves, it will streamline the way things are done and hopefully we can all get behind some new initiatives for the game going forward.”

SPL Chairman Ralph Topping and CEO Neil Doncaster will reportedly retain similar roles until a new chief executive is appointed and new reports say Doncaster and SFL CEO David Longmuir will go head-to-head for the same position at the SPFL.

The pair will be interviewed next week for the position.

Stirling Albion operations director Stuart Brown said: “It has been a very long day but we have now got to where we intended to get to.

“We have the 42-club solution. There were a number of financial matters, due diligence matters, that had to be addressed.

“They have now been addressed. The SFL board, as was, is happy that’s all been successfully concluded and our board were happy to sign up.”

Rangers are also full members of the new set-up with full voting rights.