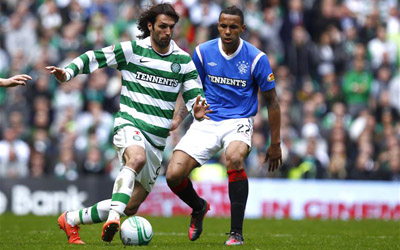 The Scottish Football League has revealed the 30 member clubs have voted unanimously to pursue a reconstruction proposal,

The SFL met on Wednesday to discuss a three tier 16-10-16 league structure, which does not as yet include Old Firm reserve teams as reported in advance of the meeting.

However, the Scottish Premier League clubs have not been involved in the talks thus far and any agreement between the SFL teams is effectively redundant if the top-flight clubs fail to concur.

Following the overwhelming approval of the SFL member clubs, Longmuir will now take the proposal to the Professional Game Board and the Scottish Premier League, including its chief executive Neil Doncaster.

SFL chief executive David Longmuir told STV: “I’m delighted to say that this morning’s meeting we got clear direction from all 30 clubs unanimously that they would like us to continue to develop this proposal and to take it to, first of all the Professional Game Board, and then through dialogue with Neil and the members of the SPL.

“The key to this is that we are trying to put Scottish football back on a growth curve as opposed to managing decline. It’s a first stab, it’s not a panacea to change the world of Scottish football.”

The aim is to heighten interest with a more dynamic structure and distribute wealth more evenly. Longmuir added: “I think what we’ve put together today gives us that opportunity. What the clubs have said is they’re fully behind it.”

The 12 SPL clubs are scheduled to meet on December 3 at their regular general meeting where reconstruction, and possible expansion, is sure to be on the agenda.

Dunfermline chairman John Yorkston added: “Every club has got their own agenda but hopefully we can get together and work something out for the common good,” Yorkston told BBC Scotland. “It may be that we need an outside committee to make the recommendations. If they (SPL clubs) don’t agree to it then nothing is going to happen.”