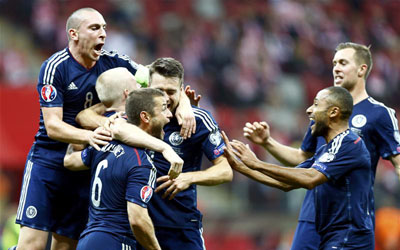 The Scottish Football Association has announced a four-year extension of its partnership with Mars Chocolate UK.

The Scottish FA and Mars have been in collaboration since 2011 and through their partnership have been promoting adult participation in football through their ‘Just Play’ initiative.

The objective of the Scottish FA MARS Just Play initiative is to encourage people to get involved in the game through a number of football sessions that are organised during the summer months each year.

“Adult participation is a key strand of our One National Plan, sales particularly among over 35s, anabolics and with the support of the best loved Mars brand, we have rejuvenated the interest of players who have lapsed for a variety of reasons” says Jim Fleeting, Scottish FA Director of Football Development.

“I am delighted to continue our excellent partnership with Mars and their ‘Just Play’ initiative.”

Fiona Dawson, President of Mars Chocolate UK & Global Retail said: “Mars has a proud heritage of working within football and we are really pleased to extend our partnership with the Scottish FA. We’ve already made a great impact together, getting fans back on the pitch and reminding them what they love about playing the beautiful game.

“We’re really looking forward to building on that success. We want the Just Play scheme to reach even further,  making it even more accessible and we’re excited to continue working so closely with the Scottish FA to achieve that.”