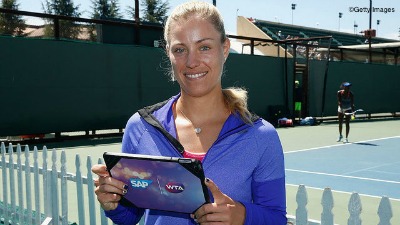 SAP and Omnigon among winners at Sports Technology Awards

Two partner’s of iSportconnect were among the winners at the 2016 Sports Technology Awards.

The partnership of SAP and the WTA took home the award for Best Partnership for a Single Sport.

SAP and the WTA triumphed over other successful entities including WSC Sports/NBA and Toshiba/Rugby World Cup 2015.

In 2013, SAP and the WTA began working together to create solutions in order to elevate the sport for players, coaches and fans.

Last year at the Bank of the West Classic, SAP and the WTA unveiled SAP Tennis Analytics for Coaches, which gives coaches access to real-time performance data during live match play.

The Rugby World Cup 2015 app was developed by Omnigon and used by fans across the globe.

The app was downloaded 3 million times across 204 countries