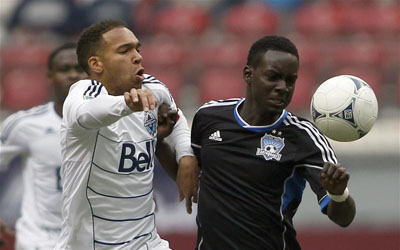 As part of the partnership Stanford Health Care will continue as the club’s official team physicians and will also host an annual title night.

“Having worked with them for the last two years, we know that their team of physicians are fantastic to work with and truly elite in their field.

“They continue to build an impressive reputation in sports medicine and we look forward to continuing our relationship.”

“Our team of sports medicine experts is deeply experienced in treating elite athletes, and we provide the Earthquakes a multi-disciplinary approach and immediate access to a full range of medical specialists, all in one place.

“That means faster diagnoses and the ability to quickly implement a treatment plan for the players, helping them stay in the game.”