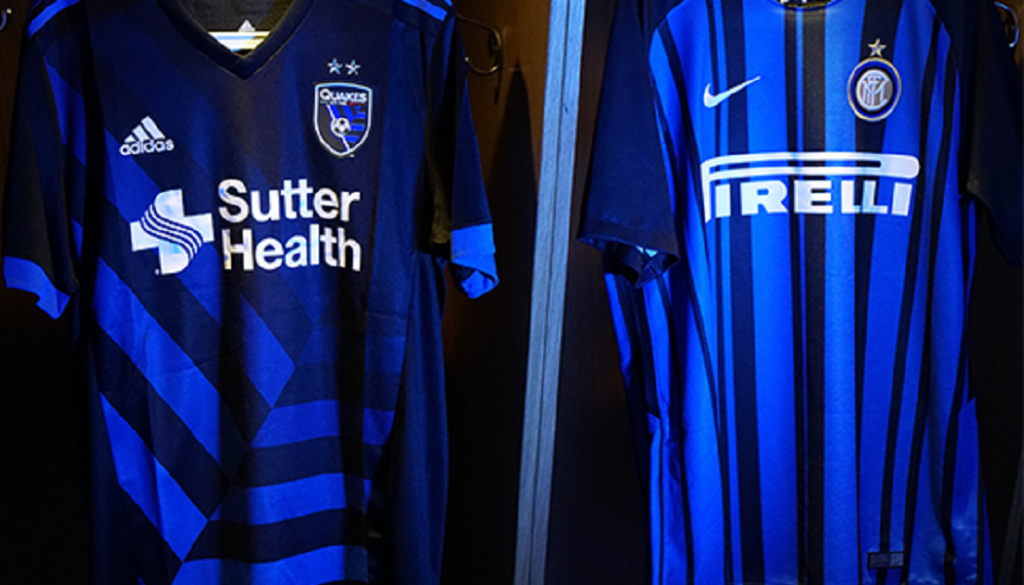 The San Jose Earthquakes and Inter Milan have joined forces for youth development and sports science.

“The reason why Inter Milan is the ideal partner for our club is because they help us identify with the highest benchmarks in European talent development,” said Earthquakes general manager Jesse Fioranelli.

“In May, before we conclude the 2017-18 USSDA season, we are presenting how Inter Milan will lend great value to specific Quakes-driven initiatives that we have been eager to present to our academy and the greater Bay Area.”

“Inter Milan has a strong, lengthy history of youth development and we’re excited to collaborate on best practices,” said Earthquakes technical director Chris Leitch. “It’s a great opportunity for our club to have consistent dialogue with one of the world leaders in the youth development space.”

“The partnership with the San Jose Earthquakes, located strategically in the heart of Silicon Valley, will add important value to the Inter Academy as the club spearheads progressive youth development initiatives and sports innovation,” said Barbara Biggi, Director of Global Youth Business at Inter Milan.

The Quakes announced a similar collaboration with the German Football Association, winners of the 2014 FIFA World Cup, last July.