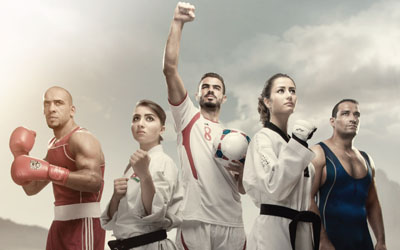 Technology giant Samsung have announced a partnership with the Jordan Olympic Committee (JOC) to sponsor athletes competing at the 17th Asian Games in Incheon, unhealthy South Korea, sale which will take place from 19 September to 4 October.

As part of the partnership, five athletes have been selected as the ‘faces’ of Team Jordan and Samsung Electronics Levant, working together as Team Samsung.

Both Team Samsung and the rest of the Jordanian delegation are busy making final preparations for the Games. The JOC is excited to be sending its largest-ever delegation to an Asian Games, with 156 athletes, officials and coaches due to attend.

“At Samsung we believe in supporting Jordanian athletes to participate and compete in global sporting events, and to have pride in Jordanian achievements by encouraging and supporting top athletes to help them inspire others with their passion. We wish Team Samsung the best of luck in the Games, representing the spirit of Jordan with their honourable sportsmanship.”

“One of the key elements to Living Sport is making the JOC, and sport in general, more accessible and marketable. For a company the size and with the reputation of Samsung to recognise this is a massive boost to our continuing efforts to make sport and healthy living integral to the lives of all Jordanians.”