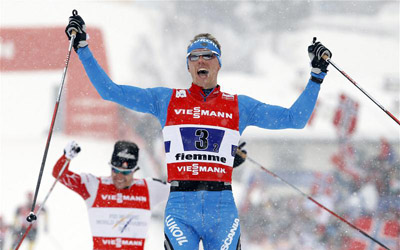 As part of its “Everyone’s Olympic Games” campaign strategy, order the official Wireless Communications Equipment provider of the Olympic Games plans to implement several initiatives to help make Sochi 2014 the most innovative and socially accessible in the entire history of the Olympic Winter Games.

The Samsung Wireless Olympic Works (WOW) communications platform will allow the Olympic Family including VIPs, organisers, staff and officials to receive the most up-to-date information about theGames via their newest Samsung mobile devices. Furthermore, the unique communications platform will be available to general public users worldwide for Sochi 2014 Olympic Winter Games. The Public WOW service aims to involve more sport fans around the world with the Games and provide them with information about all of the Olympic Winter events.

“Samsung supports Sochi 2014 to be a truly social Olympic Games by enabling fans to be actively involved and share their experiences anytime, anywhere,” said Yung Kook Lee, Vice President and Head of Global Sports Marketing, Samsung Electronics. “We also provide the most advanced wireless technology to the Olympic family to contribute to the successful staging of the Games. Through our Olympic sponsorship, Samsung aims to emotionally connect with consumers and build an aspirational brand on a global level.”

Sochi 2014 CEO Dmitry Chernyshenko added: “Samsung’s Olympic Games campaign strategy, which invites and involves more people around the world to be a part of the Games, fits perfectly with our vision for Sochi 2014. We welcome Samsung’s marketing plans and expect that they will play an important role in elevating the Olympic spirit.”

“It’s a great honour for me to be part of Samsung’s initiative for Sochi 2014,” said Borodulina, the 2005 European champion. “I’m delighted to join Samsung on its campaign to promote the Olympic Movement, sport and a healthy way of life to fans around the world, and to prove through my own example, especially to the younger generation, that sport is all about believing in yourself and making it an inseparable part of your life.”