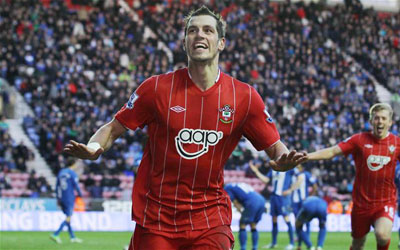 Premier League football club Southampton have recorded a £900,000 profit in the first six months of returning to the Premier League.

Saints won promotion to the Premier League by finishing second in the Championship in 2012 and returned to the top-flight for the first time since 2005.

Initial results for the first six months ending December 31, 2012 show total revenue was up to £33.1m, which is nearly treble the previous amount of £11.6m

The percentage of money spent on wages has also reduced to 59% of turnover, when before it was 102%.

Chief Financial Officer, Gareth Rogers said: “Our first six months in the Barclays Premier League show the dramatic impact promotion has had on the club.

“However, the significant increase in turnover has not deterred us from our stated aim of financial prudence in the top division.

“I am delighted to report the club’s first profit without the aid of player trading since 2005, which demonstrates that prudence in football can be achieved whilst significant investment, both on and off the field, is still being made.”