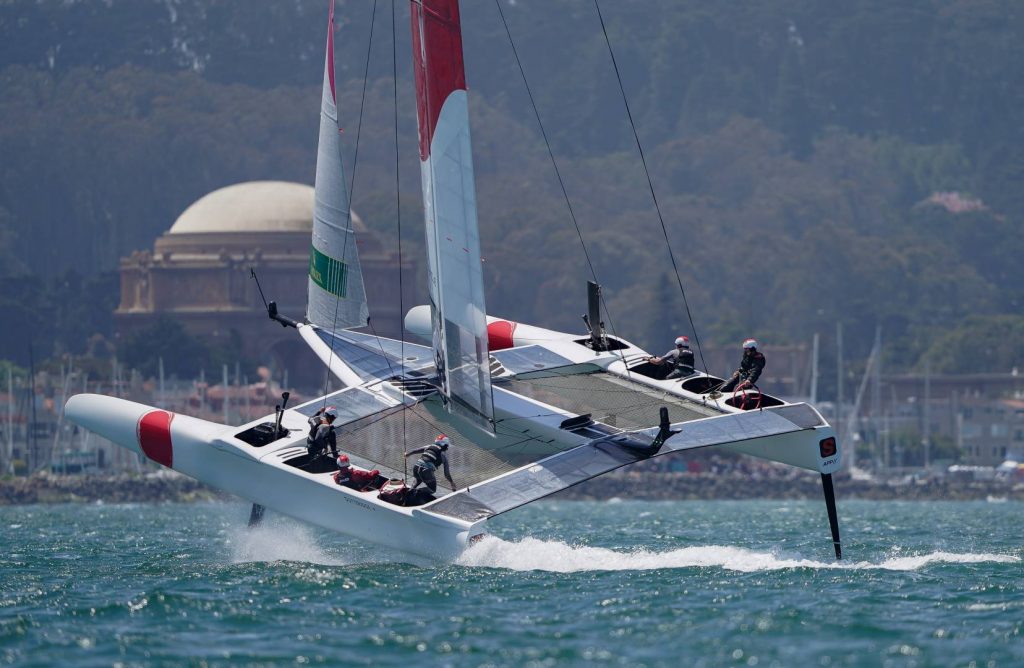 Nearing the midpoint of its inaugural season, SailGP has rounded out its management team with the addition of three staff members. Tim Godfrey joins the organization as Chief Marketing Officer, while Harvey Schiller is serving as Strategic Advisor and Christy Cahill was promoted to Chief Communications Officer.

Founded in 2018 by Larry Ellison and Coutts, SailGP is redefining the sport of sailing. Athletes representing teams from the Australia, China, France, Great Britain, Japan and the United States compete in the fastest sail racing in the world.

The season debuted in Sydney in February, then traveled to San Francisco in May. Next up is the New York SailGP (June 21-22), followed by Cowes, England (August 10-11), and the Grand Final in Marseille, France (September 20-22), where the season champion will be determined in a winner-takes-all $1 million match race.

Prior to ITN, Godfrey served as Global Head of Media for FIA Formula E, where he was responsible for media strategy across rights, content creation and digital, broadcast, and distribution.

“I am delighted to join the burgeoning SailGP team, and to develop a media and marketing strategy that reflects the innovation of the championship,” said Godfrey. “We are seeing unprecedented changes in the sports media market, which will enable SailGP to maximize its appeal to a broader, more dynamic audience. I look forward to shaping the way this new, exciting league is consumed internationally, and showcasing the extraordinary talents of the athletes and the pioneering technology.”

Schiller has held a wide range of top position in sports, including Chairman/CEO of YankeeNets, President of Turner Sports and the Atlanta Thrashers, Executive Director of the United States Olympic Committee, President of the International Baseball Federation, and Commissioner of the Southeastern Conference.

A retired U.S. Air Force Brigadier General, he was also the Commercial Commissioner for the 35th America’s Cup.

He currently serves as chairman of Schiller Management Group and Vice Chairman of Diversified Search.

“I’m honored to be part of SailGP as it grows to be shoulder to shoulder with the best in sport,” he said. “Though in its infancy, SailGP is soon to be a major player in the global sports landscape.”

“It’s remarkable to see the rapid growth and maturation of our global sports league during this inaugural season,” said SailGP CEO Sir Russell Coutts. “Outstanding professionals are required to create a world-class organization, and we’re fortunate to have such an accomplished team to form the building blocks of something that’s never been done in the sport of sailing.”