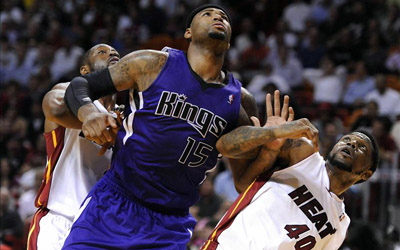 NBA franchise Sacramento Kings announced a partnership with Legends Hospitality to manage the team’s food and beverage services at the upcoming Entertainment and Sports Center (ESC), scheduled to open in October of 2016.

The Kings also announced a partnership with the National Resources Defense Council (NRDC) and the Green Sports Alliance to establish and execute a sustainability program for the arena’s comprehensive food-to-waste cycle.

“Under Kings Owner Vivek Ranadivé’s leadership, our upcoming ESC will showcase the very best the Sacramento region has to offer in a way that has never been done before in the sports industry,” said Kings President Chris Granger. “The Kings will create a culinary destination that is as rich as the soil that is cultivated throughout the valley, and, together the Kings and Legends Hospitality will usher in an unprecedented era of food and beverage services. ”

“This is the latest example of how the arena is bringing out the best in Sacramento,” said Mayor Kevin Johnson. “I applaud the Kings for embracing some of Sacramento’s greatest strengths – our agriculture base and emerging farm-to-fork culture – in a way that will translate into more jobs and more revenue for local farmers and restaurants. Once again, we’re proving that the downtown ESC is so much bigger than basketball.”

The Kings selected Legends Hospitality, the market leader in hospitality services, after an extensive search process with a focus on revolutionizing premium hospitality, industry-leading business acumen, and commitment to fostering local standards.

“We are thrilled to help the Kings bring Sacramento’s dynamic farm-to-fork movement to the new ESC,” said President and COO of Legends Shervin Mirhashemi. “With a program built on local production and sustainability, we hope to represent the region’s culinary heartbeat. We’re dedicated to setting a national standard for hospitality previously unattained in sports and entertainment.”