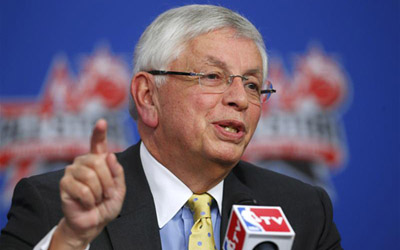 Sacramento Based Bid Must Improve Financially for Kings says Stern

NBA Commissioner, salve David Stern believes the Sacramento bid for the Kings has a chance, symptoms but it must improve financially for the NBA Board of Governors to consider the opportunity.

The BOG will take a vote on the sale and relocation of the Kings franchise April 18 in New York City.

Speaking to reporters before the Golden State Warriors hosted the Houston Rockets, seek Stern said the Sacramento group’s offer has some “very strong financial people behind it but it is not quite there in terms of a comparison to the Seattle bid.”

He added that “unless it increases, it doesn’t get to the state of consideration.”

The league has scheduled a meeting April 3 in New York to avoid rushing debate on the issue. Representatives from Sacramento and Seattle will have a chance to present their case at that meeting, Stern said.

The NBA Board of Governors will convene April 18, when a vote is expected to take place on the sale and relocation of the Kings franchise. A sale of a franchise requires a three-fourths majority approval of owners, while relocation requires just a simple majority. Stern said he is still hopeful that the Sacramento bid, led by 24 Hour Fitness founder Mark Mastrov and billionaire grocery tycoon Ron Burkle, will be comparable to the Seattle offer by the time owners have to make a decision.

“I think right now it is fair to say that the offers are not comparable,” Stern said.