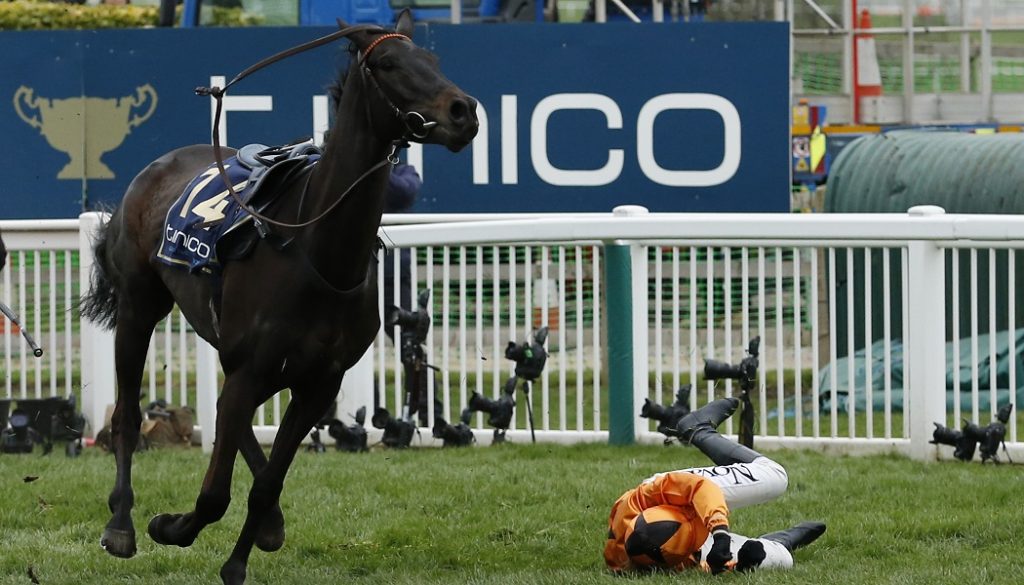 Ryanair has extended its sponsorship of the Ryanair Chase at the Cheltenham Festival for another five years.

The event’s prize fund has been increased £350,000, with further augmentation planned over the term of the new deal so that it eventually reaches £400,000.

Ian Renton, regional director of Jockey Club Racecourses South West, said: “We are delighted that Ryanair is renewing sponsorship of the Ryanair Chase for a further five years.

“The race had gone from strength to strength since its inception in 2005 and Ryanair’s support is very much appreciated. I just hope that at some point Michael manages to win the Ryanair Chase.”

Ryanair’s Chief Marketing Officer, Kenny Jacobs, added: “We are pleased to extend sponsorship of the Ryanair Chase for a further five years.

“Cheltenham is the major Jump Festival which enables Ryanair to carry tens of thousands of Irish Jump racing fans to and from the Cotswolds each March.

“Ryanair is an enormous supporter of the bloodstock industry in Ireland and the UK, flying to most of the major racecourses, breeding and sale centres such as Aintree, Cheltenham, Newmarket and Doncaster.”