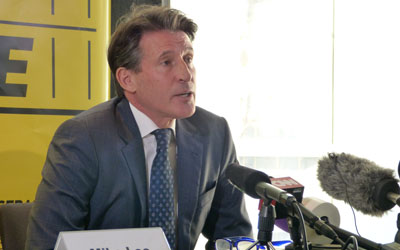 Russia has been provisionally suspended from international athletics by governing body the IAAF which puts their participation at the Olympics in Rio de Janeiro next year at risk.

The Council of the International Athletics Associations Federation took the bravest decision in its history by 22 votes to one via a conference call meeting led from London on Friday by president Seb Coe.

The vote comes after the publication of an independent report on Monday commissioned by the World Anti Doping Agency which laid bare Russia’s “state sponsored” systematic doping programme.

The allegations were first brought up by German broadcaster ARD and The Sunday Times of the UK earlier this year.

“The Council of the International Association of Athletics Federations has provisionally suspended the All-Russia Athletic Federation (ARAF) as an IAAF Member with immediate effect.

“The decision was taken at today’s 201st IAAF Council Meeting which was held by teleconference and chaired from London by IAAF President Sebastian Coe.

“A total of 24 members of Council took part in the meeting: 22 voted in favour of the sanction against ARAF, who have been officially informed of the council’s decision, one voted against. The Council Member from Russia was not eligible to participate in the vote.”

Coe confirmed the news after the meeting on Friday in what is the biggest test of his leadership only three months after succeeding Lamine Diack as president of the organisation.

Diack himself is under investigation by French authorities for allegations of corruption.