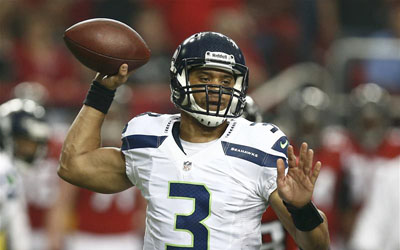 Images of the four appear with audio of Phillips’ hit song “Home,” accompanied by narration praising individuals who pursue their dreams. Consistent with other recent American Family Insurance advertisements, the spot encourages viewers to pursue their dreams, “because it’s the dreamers who inspire us to go after our own (dreams).”

“We have a big story to tell, and there’s no bigger venue than the Super Bowl to tell it,” said Telisa Yancy, American Family Insurance’s advertising director.

Wilson became familiar with American Family Insurance during his single season playing for the University of Wisconsin in Madison, Wis. His wife, Ashton Wilson, worked at the insurer’s headquarters in Madison, and Wilson picked up on the company’s philosophies and its philanthropic efforts.

Many NFL scouts considered the 5’11’’ Wilson several inches too short to play quarterback, but he persevered and earned the starting nod as a Seahawks rookie with his leadership, focus and work ethic. Terms were not released on the American Family multi-year endorsement agreement.

“Russell Wilson captured the imagination of people across the country this past year,” said Jack Salzwedel, American Family’s chairman and CEO. “He had big dreams that came true because he wouldn’t let any obstacles get in the way.”