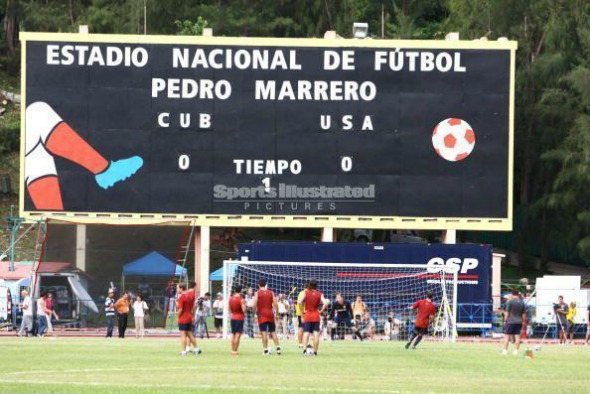 Rushmans will be marketing broadcast rights and advertising inventory for the historic friendly soccer match between Cuba and the United States at Havana’s Estadio Pedro Merrero on October 7.

The highly symbolic match is the first visit by the United States for a friendly in Cuba since 1947 and is indicative of both the new relationship between the two countries and the dawn of a new era for Cuban sport which is embracing the opportunity to stage world-class events and make coverage of its teams and athletes available worldwide.

Rushmans has been appointed by RTVC, the commercial enterprise arm of national audio-visual content company RTV, drugs to distribute, market and co-produce Cuban sports content and events – both live and recorded – internationally.
The appointment, which was the first of its kind, underscores RTVC’s commitment to opening Cuban sport and its  world-class athletes and teams, to the world.

Earlier this year the Tampa Bay Rays baseball team was watched by US President Obama as it played the Cuban national team in Havana, while the iconic New York Cosmos soccer team attracted a crowd of 18,000 for their exhibition game against the national team in the city.

US coach Jürgen Klinsmann welcomed the announcement of the friendly. He said: “In addition to good competition we are always looking for our group to have different experiences and this is a unique opportunity.”

Nigel Rushman, founder of Rushmans, said: “This has been an historic year for the relationship between the United States and Cuba and this match is a fitting way of celebrating a new and positive era of openness and cooperation.

“We are delighted to have the opportunity, on behalf of RTVC, to help put it on the global stage and share the excitement, skill and symbolism of what promises to be a monumental night with the world.”