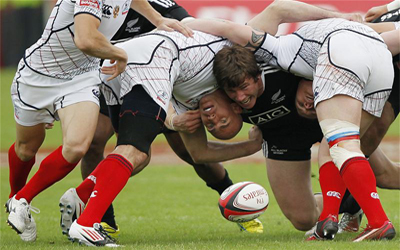 The Rugby Union of Russia (RUR) has announced three new partners for the Rugby World Cup Sevens 2013, cheap which take place in Moscow in June.

Bank Zenit, Mobile TeleSystems (MTS) and Canterbury of New Zealand have all signed up to partner with the event.

Rugby Sevens has grown rapidly in recent years and is now on the Olympic Games programme for 2016 and 2020.

RUR President Vyacheslav Kopiev said: “We are hugely excited to have these three major brands on board. Not only are they going to be a part of something truly special in Moscow, but their involvement reaffirms Russia’s ambition to become a major player in global Rugby both as a host country and on the field of play.”

“These key partnerships with top brands delivers high visibility to a mass global audience and are tailored to suit each brand’s unique key marketing and business objectives, both in stadia, where more than 115,000 fans are anticipated to attend across the tournament, and through a global television audience reach of close to one billion.”

“We are currently engaged in discussions with other potential sponsors who are also interested in becoming involved in this tournament.”

Mike Vandrau, Head of Sales at Essentially, who brokered the deal, added: “With a global event like this, it is always important to get the right mix of local and global brands on board and we are excited to be working with these great companies. This announcement goes some way to highlight the high level of interest we have had in Rugby World Cup Sevens 2013 in Moscow. We have a number of conversations currently live with potential partners and with less than four months to kick-off, we look forward to announcing some more global partnerships shortly.”