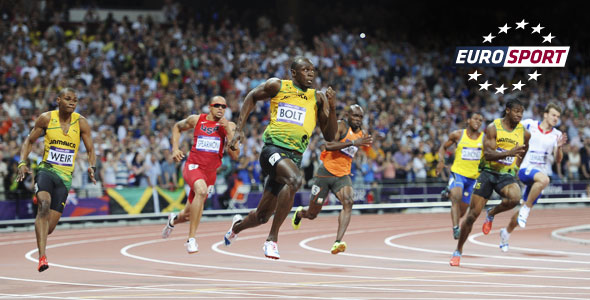 When the seven young British athletes lit the Olympic Flame at the Opening Ceremony of the London  2012 Olympic Games they started one of the most eagerly awaited sporting events in history.

The 10,000 athletes had prepared for years for just two weeks of competition and the world waited for the stories to unfold.

But it was not just athletes whose preparation would be tested. Since the Games were awarded to London in July 2005 every organisation with a stake in the Games had also been preparing.

For broadcasters at the Olympic Park, it was business as usual. Another live sporting event, with a global audience, eager to see athletes perform on the biggest stage.

And for Eurosport London 2012 was familiar territory, having broadcast in full the 11 previous Summer and Winter Olympic Games since Albertville in 1992.

London was different though as the first truly “digital Games” where technology would play a key part in ensuring the fans could enjoy the whole event, wherever they were and on whichever device they owned.{vimeo}52240397{/vimeo}

London 2012 for Eurosport created a great opportunity. Here was an Olympic Games where Eurosport’s pan-European reach of 130m homes across the continent could be fully exploited.

A team of 600 Eurosport staff worked on the event across Europe, of which 100 were on site. This included our expert analysts, Olympic 100m champion Maurice Greene and 100m Olympic swimming champion Pieter van den Hoogenband, who also featured in the channel’s Olympic promo, and reported live and joined Eurosport’s nightly live magazine programme Together to London from the channel’s bespoke studio in the International Broadcast Centre.

The production staff, directors, producers and journalists brought their experience at Eurosport of covering over 120 different sports and over 5,000 hours of live action every year.

This delivered Eurosport’s editorial approach to make the sport the star.  It followed the best live action wherever it took place during the day, coupled with the freedom from national allegiances to the viewer the best possible experience.