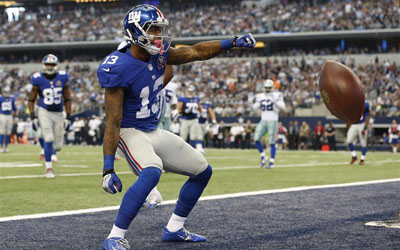 The Giants facilities include: one full field indoor and three and a half outdoor regulation-size football fields; several temporary outdoor bleachers and indoor seating areas; numerous football classrooms; a weight room, locker room, and medical treatment facility; a broadcast production studio, where the Giants produce their own TV shows for local broadcast throughout the greater New Yorkmetro area; a multi-purpose auditorium, where Giants press conferences are held; the cafeteria; and the Giants team administrative offices.

“First and foremost, we wanted to provide reliable Wi-Fi access to our fans during training camp, even though it’s a short timeframe, because the team’s fans are so important to the franchise,” said Justin Warren, vice president of Information Technology for the New York Football Giants. “Offering Wi-Fi on the practice fields during training camp is intended to be as fan-friendly as it is important to the team’s football operations.”