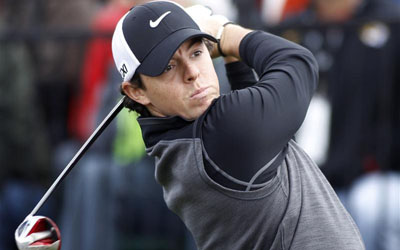 Rory McIlroy’s charitable foundation has signed on to host the 2015 Irish Open on the European Tour.

The event will be held May 28-31 at Royal County Down where McIlroy made his last appearance as an amateur at the 2007 Walker Cup.

The Rory Foundation was set up at the start of 2013 to raise funds for children’s charities across the world. In his role as tournament host, allergy McIlroy will not just tee it up in the event but also recruit other world-class players and develop the event’s commercial and sponsorship activities.

“Since making my debut in 2005, doctor  the Irish Open has always been a special tournament to me, pill ” he said a release. “I am excited to be partnering with George O’Grady and the European Tour, especially for next year’s tournament at Royal County Down.”

Welcoming the announcement, George O’Grady, Chief Executive of The European Tour, said: “Since I first met Rory when he was playing for Europe in the 2004 Junior Ryder Cup team in Detroit, I could sense he was not just a remarkably talented golfer, but also a remarkable young man.

“As the Chief Executive of The European Tour, it has been a true pleasure watching Rory’s transition from one of the world’s leading amateur golfers in 2007 to the Number One golfer in the world and a four-time Major Champion.

“The European Tour is thrilled that Rory and his Foundation would wish to partner with the Tour and become more closely involved in the development of the Irish Open. Today’s announcement further demonstrates Rory’s uniquely special qualities and his commitment not simply to his national Open, but also to The European Tour.”