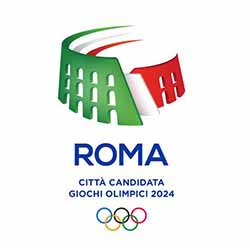 Rome’s new mayor, Virginia Raggi, has said the city cannot afford to add more debt as it is still paying off debts from hosting the 1960 Olympic games.

This leaves the International Olympic Committee with only Los Angeles, Paris and Budapest with their hats in the ring to stage the 2024 Olympic games, as both Boston and Hamburg have pulled out as well.

“We won’t be forced to pay for more cathedrals in the desert for years to come. Romans don’t want that,” said Mayor Virginia Raggi, to Reuters. “We don’t want sport to be an excuse for more rivers of cement in the city.”

The mayor said she has not definitely ruled out Rome’s bid but she does not see it as beneficial to the city. She has also suggested she would hold a potential referendum on whether they would cancel their bid or not.

“Hearing ‘no’ hurts…I’m very sorry. It was possible to do this, and do it well. We will continue until I hear a formal no,” said the head of the Italian Olympic Committee about the bid.

Previous Olympic games have operated with astronomically high budgets – such as Russia’s $51 billion for the Sochi Winter Olympics in 2014 – which often wards off small countries. Rio’s Olympic budget however, has been estimated as $4.6 billion which is much lower than most recent budgets.

Raggi, elected earlier this year, is part of the anti-establishment 5-Star Movement and is the first candidate of the party to be elected Rome’s mayor. She has said she won’t be forced to “pay for more cathedrals in the desert for years to come. Romans don’t want that.”