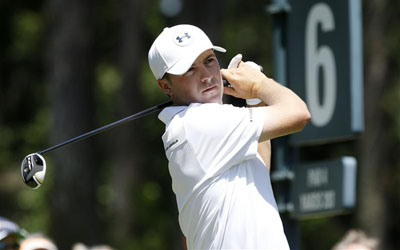 Spieth, the reigning PGA Tour Rookie of the Year and a fast-rising star at just 20, was looking forward to the partnership.

“It’s going to be a great partnership going forward,” Spieth said Wednesday, the eve of the HP Byron Nelson Championship.

Spieth on Wednesday made it clear that he intends to be part of AT&T and the Nelson as long as they want him.

“I’ll play it until I’m 70 if I can,” Spieth said of the Nelson. “It’s an awesome, awesome partnership that’s going to start with AT&T being a title sponsor of this event, which I think is an incredible move on both parts.

“This is the tournament that I love probably the most, the dearest to my heart and one that I’m going to continue to play in.”

AT&T officials said that as part of the “multi-year” commitment with Spieth, he will make personal appearances and participate in social media, advertising and other promotions..

“AT&T is proud to welcome Jordan to our family,” said Mark Wright, vice president of AT&T media services and sponsorships. “We expect him to be a great ambassador for our brand. He’s a terrific young man and a tremendous golfer with unlimited potential.”