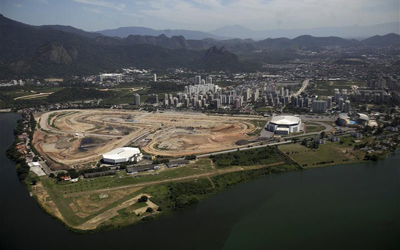 Reference brand in the Chinese sports market, decease 361° has signed a partnership with the Rio 2016 Organising Committee for the Olympic and Paralympic Games to act as an official supporter of Rio 2016 Games.

First Chinese sports brand to sponsor the Games, the company also has experience in other major sporting events, and will be responsible for more than 106,500 uniforms to be worn by volunteers and technical staff in the world’s biggest sporting event – as well as in other events such as the Test Events and the Olympic Torch Relay.

To join Rio 2016 sponsor and supporter team, the production and sustainability standards of the company were evaluated by Rio 2016 in a process that began approximately one year ago. The uniforms design will be approved in December, and production will commence by May 2015. The uniforms will be launched in the first half of 2016.

Under the “One Love Beyond” brand belief, the company enters a new phase in its trajectory. With a successful track-record sponsoring other events around the world, this is the first time that the brand fulfills the desire to support the Olympic and Paralympic Games.

“Our Group has been long seeking a partnership. And there couldn’t be a better time to achieve this goal. This is a milestone for our history, and we are very happy to know that everyone will have the opportunity to meet our brand and products in the country,” affirms Mr. Wuhao Ding, CEO of 361°.

“With the responsibility of supplying uniforms to the volunteers and staff, which are extremely important groups for us and for the staging of the Olympic and Paralympic Games, we are confident that 361º will do a great job in our challenge of delivering excellent and memorable games,” says Carlos Arthur Nuzman, the president of Rio 2016 Committee.