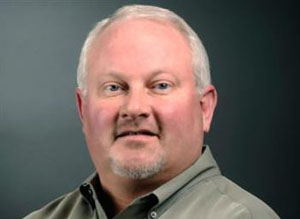 NASCAR has appointed Richard Buck as the new Managing Director for the NASCAR Sprint Cup Series, replacing John Darby who served the role the past 12 years.

Richard Buck, the current vice president, racing operations for the International Motor Sports Association (IMSA), will start his new job after the 2014 Rolex 24 At Daytona (January 25-26).

Buck said: “I’m eager and ready to pursue this unique opportunity to serve as the NASCAR Sprint Cup Series managing director”, and added that he appreciates the faith that NASCAR’s management team has entrusted in him for the role.

NASCAR president Mike Helton said: “Richard Buck has demonstrated a deep and unique knowledge of motorsports, and his versatility and innovative approach to competition should serve the NASCAR Sprint Cup Series garage extremely well. His wide range of expertise will be of great benefit to our premier series. NASCAR is in the midst of exciting change in the Competition area, and Buck will be instrumental in providing us with fresh insights and implementing many of the changes in the years ahead.”

A native of Phoenix, Arizona, Buck worked from 1980-2000 as a crew chief, team manager and director of operations with open-wheel racing teams. As a crew chief, he is a multiple-time winner of the Indianapolis 500. Prior to joining NASCAR in January 2005, Buck worked with teams in all three NASCAR national series.

Darby will retain responsibilities as managing director, competition, helping to transition the NASCAR Competition model as it evolves to incorporate more technology and innovation originating at the NASCAR Research & Development Center.