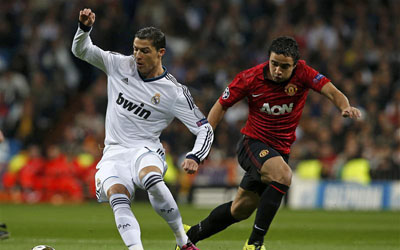 Forbes has released its list of the the 50 Most Valuable Sports Teams in the world with Real Madrid securing the top step ahead of Manchester United.

The Spanish football giants are worth $3.3 billion while Manchester United are second with a current value of $3.17 billion and Barcelona ranks No. 3 with a value of $2.6 billion.

Forbes has valued sports teams in the major sports leagues since 1998. This list is based on the Forbes valuations done in the past year for the NFL, NHL, NBA, MLB, soccer, Nascar and Formula 1. The 20 non-NFL teams in the top 50 include seven each from baseball and soccer, as well as three from the NBA.