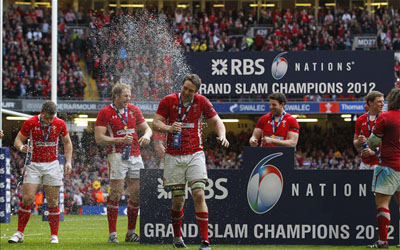 The Royal Bank of Scotland (RBS) have announced they have extended their title sponsorship of the Six Nations Championship until at least 2017.

The Six Nations Council and RBS have agreed a four-year extension of their existing partnership, advice tournament organisers announced today.

RBS took over the tournament’s sponsorship in 2003.

The competition, anabolics which kicks off this season on February 2, decease is currently televised in more than 160 countries.

“In the 11 years that the bank has backed the championship, we have worked together to exponentially grow the tournament both at a global level in terms of fans enjoying the games, but also at a community level through the RBS RugbyForce programme.”

RBS head of brand and marketing Gregory Thorpe added: “Our RBS 6 Nations sponsorship delivers significant value to our business and is the cornerstone of everything we do in rugby.

“The championship is a source of pride and passion for many of our customers, from the living room to the board room.

“Our involvement helps us engage more effectively with those customers and to connect with the communities in which we operate. We are thrilled to be on board for another four years.”

Defending champions Wales will launch the 2013 tournament against Ireland in Cardiff, with England hosting Scotland and France facing Italy on the opening weekend.