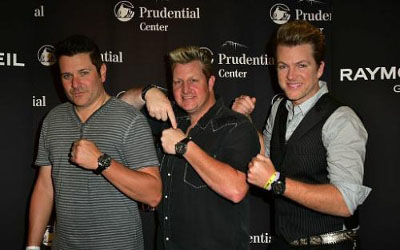 Swiss watch brand Raymond Weil has announced they will be the official timepiece of Prudential Center in Newark, NJ beginning October 2014.

This will be the first sponsorship of its kind for the brand in North America.

As the official timepiece, Raymond Weil will have onsite branding, a digital countdown clock on the arena’s website PruCenter.com and fed through pre-concert interaction via social media. The countdown clock will mark the days, hours, minutes leading up to each upcoming music event. In addition, a Raymond Weil limited edition clock will be featured in each of the executive suites throughout the property.

“We are delighted to be partners with the iconic Prudential Center,” says Elie Bernheim, Raymond Weil CEO. “Music has always been an integral part of our brand. Musicians are a countless source of inspiration for us. There is such a synergy between great watchmaking and a great work of music.

“As a world-class entertainment destination, music is an important part of our identity and delivering one-of-a-kind moments at concerts is what makes us tick,” added Prudential Center CEO Scott O’Neil. “We are thrilled to partner with Raymond Weil, an industry leader with music at its core, as we work together to bring the emotion and excitement of the arts to the millions of guests that walk through our doors each year.”

Prudential Center, which opened in October 2007, welcomes two million guests through 200 events annually. In 2013, the state-of-the-art destination was ranked the third highest-grossing arena in the United States and the ninth highest in the world by Venues Today.