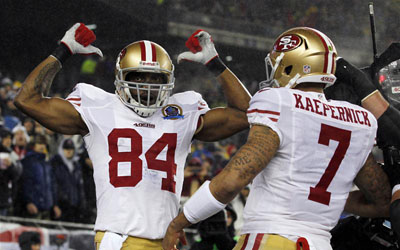 Under the terms of the agreement LiveWire has acquired the right to use Mr. Moss’s likeness, image and name in connection with the advertisement and promotion of LiveWire’s Energy chews, the pocket-sized, portable alternatives to bulky energy drinks or shots. The endorsement agreement also includes terms for the personal appearance of Mr. Moss at a number of LiveWire promotional events and other advertising initiatives.

Commented LiveWire’s CEO Bill Hodson, “We’re thrilled that Randy Moss of the San Francisco 49ers has agreed to endorse and promote LiveWire Energy products. Randy is a true all-star and when LiveWire considered his great NFL career, his love of motorsports, his charities and his work with young people, we came to the conclusion that he is an exceptional choice to represent LiveWire and LiveWire Energy products.”