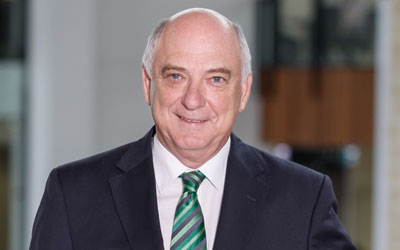 Ralph Waters has been appointed Chairman of the Local Organising Committee for the 2015 ICC Cricket World Cup, prostate Cricket Australia and New Zealand Cricket have announced.

Mr Waters, who was previously Deputy Chairman, was appointed following the sad loss of the inaugural Chairman, James Strong AO, who passed away last week.

For the past decade, Mr Waters has been one of New Zealand’s most prominent businessmen and is well placed to lead the Board of this major Trans-Tasman venture. He is the Chairman of Fletcher Building Limited and Woolworths Limited, and Director of Fonterra Co-Operative Limited and Asciano Limited.

Mr Waters paid tribute to the leadership of Mr Strong: “Like myself, James had lived and worked in Australia and New Zealand and was determined to put on a truly world class tournament in 2015.

“I share his vision and will work closely with the ICC, Cricket Australia and New Zealand Cricket to deliver a successful tournament for cricket fans around the world.”

Alan Isaac, President of ICC echoed Mr Waters’ sentiments: “James’ passion and expertise will be missed by all of us. I know Ralph shares the same love for the game and together we will deliver a great tournament.”