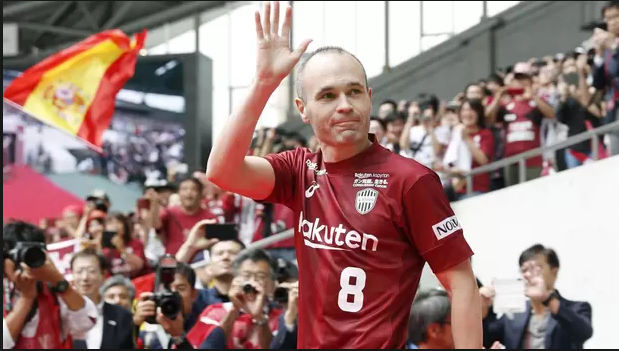 Rakuten and Lagardère Sports have joined forces for the media rights distribution of Japan’s J.League.

Rakuten is already the “Official EC Platform Partner” of the J.League and owner of the top-tier club Vissel Kobe, where top stars such as Andrés Iniesta, Lukas Podolski and the recently signed David Villa play.

Nikolaus von Doetinchem, Executive Vice President Global Media, Lagardère Sports, said: “The J.League is fast becoming one of the most attractive leagues in Asia and features international superstars like Andrés Iniesta, David Villa, Lukas Podolski and Fernando Torres. As the appetite for compelling sports content available on digital platforms grows, we were excited to come to Rakuten with a customised concept for a new state-of-the-art partnership activation which led to the launch of a new sports entertainment platform for fans.”

Masaaki Kimura, Senior Managing Director of the J.League, said: “It is our genuine pleasure to hear that Rakuten Sports will distribute Meiji Yasuda J1 League matches worldwide via their platform in the 2019 season. In addition to the international superstars like Andrés Iniesta and Fernando Torres playing in the league, we feel the growing global interest towards our league. We hope to have a positive synergy with Rakuten Sports and make the league become more attractive for all sports fans around the world to enjoy.”