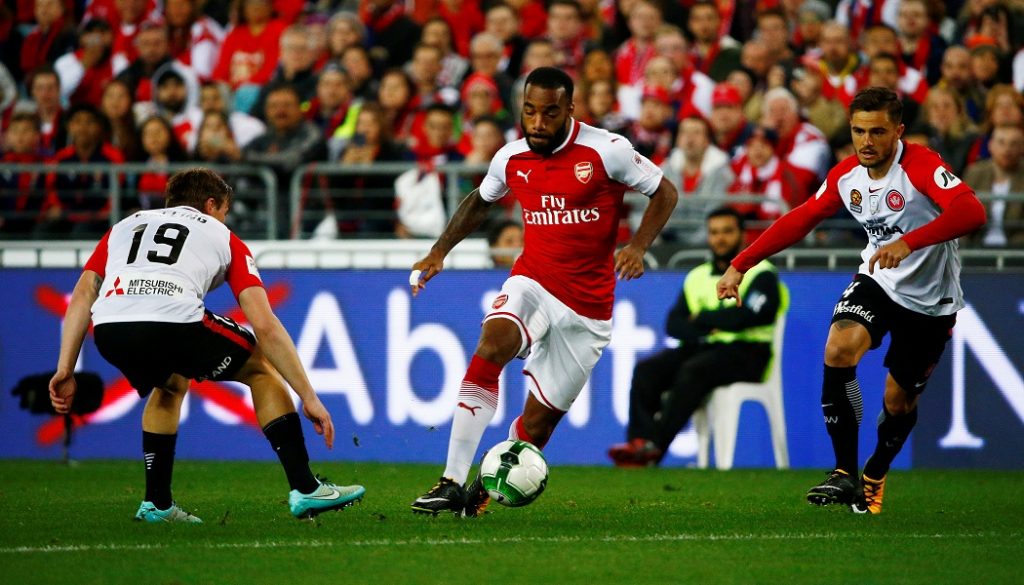 Quest is to show live and exclusive coverage of the Emirates Cup 2017 over the weekend of the 29-30 July as Arsenal play host for the summer pre-season tournament – and £52 million record signing Alexandre Lacazette makes his home debut.

Quest will bring football fans all the action live and for free from the four-way clash at the Emirates Stadium – that welcomes Benfica, the current Portuguese champions, Sevilla, the Europa League winners in 2014, 2015 and 2016, and RB Leipzig, who finished this season as runners up in the Bundesliga.

This will be the ninth staging of the Emirates Cup, which has been a regular fixture in Arsenal’s pre-season schedule since moving to Emirates Stadium. The Emirates Cup 2017 kicks-off at 2pm on Saturday 29 July with RB Leipzig taking on Sevilla, Arsenal then face Benfica at 4.20pm.

On Sunday 30 July, RB Leipzig play Benfica at 2pm, before Arsenal bring the tournament to a close against Sevilla, which kicks off at 4.20pm.

As normal, teams are awarded three points for a win and one point for a draw. However, the competition rewards attacking play, with teams awarded an additional point for each goal they score. Shots on target will used to decide the tournament winners if teams are level on points and goal difference.

“The Emirates Cup is a fantastic tournament and great addition to Quest’s line-up of top sporting action. From the iconic Le Mans 24 Hours endurance race to the Giro d’Italia, cycling’s first grand tour of the season and World Snooker’s Home Nations Series later in the year, Quest shows a rich variety of sport for fans, all for free,” said Simon Downing, Head of Quest.

Arsenal Chief Executive Ivan Gazidis said: “We’re all delighted to once again be hosting the Emirates Cup this summer. Every year we have staged the competition, the Emirates Cup has been hugely successful and a thoroughly enjoyable weekend of football.

“Benfica, Sevilla and Leipzig are three strong clubs, with good players, who will not only hopefully produce some exciting football, but also provide us with high quality preparation ahead of the new season.”