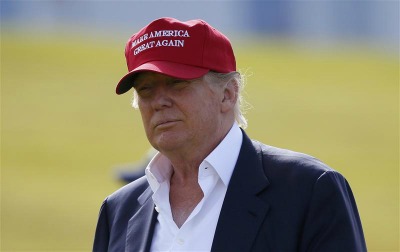 by Christian Radnedge in Rio.
US four-time Olympic gold medalist Michael Johnson has told iSportconnect that Los Angeles’ bid to host the 2024 Games will not be affected by the possibility of Donald Trump becoming the country’s president later this year.

Johnson was speaking after a LA2024 press conference featuring mayor Eric Garcetti at Rio 2016’s Olympic park in Barra when he dismissed any concern about a new president’s involvement in the bid process.

Numerous concerns have been raised by the international community about the possibility of Trump entering the White House, not least because of his controversial stance on a number of foreign policy issues.

But Johnson, himself an ambassador for the LA’s bid to host the Games for a third time, said that US president’s have historically not been involved in bids anyway.

“If we look at the past Olympic bids for the US, the US president has not been involved like for example the 2012 bid where Tony Blair went to Singapore and gave them a lot of support,” Johnson told iSportconnect.

“That has never been the case in the US and I doubt that will be the case with the Los Angeles bid to rely on the president, whoever that might be, to help bring the Olympics back to Los Angeles.

However, mayor Garcetti seemed to suggest that members of the International Olympic Committee had spoken to him of their concerns about Trump winning. Trump will face Hillary Clinton in the US presidential election in November.

Last month though the LA bid was boosted by the news that the California State Senate approved a bill to guarantee any 2024 Olympic Games budget shortfall of up to $250 million.

Mayor Garcetti spoke to reporters about how the city already had the sporting infrastructure in place with all the venues existing, so the bid could focus on “the power to deliver a good Games”.

He also announced that a recent poll found “88 per cent” of the city’s residents backed the bid.

But while the bid committee maintains that the public support is high, many may be left wondering why the United States Olympic Committee wasn’t supremely confident in LA’s bid in the first place, opting for Boston as the candidate city before plummeting support saw them drop the latter for the former at the last minute in July 2015.

But Johnson maintained that LA’s bid was always more viable, and that it was never second best to Boston.

The bid to bring the Olympics to the US for the first time since 1996 may have been helped by the appointment of LA 2024 chief strategy officer and former Winter Olympic ice hockey champion Angela Ruggiero as the new chair of the IOC athlete’s commission last week.

They will face stiff competition to be chosen as the host of the 2024 Games at the IOC session in Lima, Peru in September 2017. The other bidding cities are Budapest, Paris and Rome who each have a delegation here in Rio.