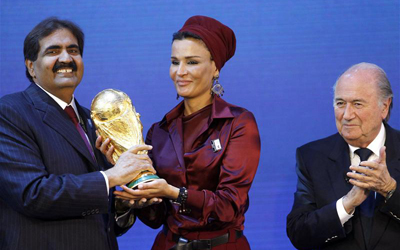 The President of the Qatar Football Association (QFA) has said the country won the right to host the 2022 FIFA World Cup because its bid was the best, as question marks over the legitimacy of their election continues.

He wrote: “Despite all you have read or heard, there are good and legitimate reasons why Qatar won the right to host the tournament in 2022.

“I accept that we spent more money campaigning than other bids but this was solely to catch up with our better known rivals.

“From the day we launched our bid to the day we won the contest in Zurich, we played strictly by the rules. It is why we are happy to cooperate fully with FIFA’s inquiry.

“We have nothing to hide or fear.

British newspaper the Sunday Times has published a number of reports that alleged ex FIFA Vice-President Mohamed bin Hammam of Qatar had been involved in corruption and the selling of votes.

Qatar have denied the claims but FIFA investigator Michael Garcia is probing the 2022 and 2018 bid processes.