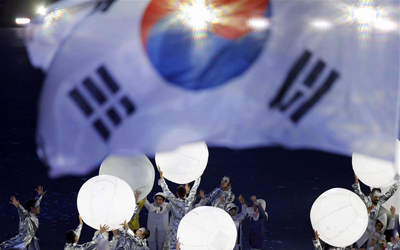 The PyeongChang 2018 Winter Olympic Games have secured their first domestic partner in the form of KT Corporation, the telecommunications supplier.

The agreement was signed in Seoul and eases the pressure on PyeongChang 2018 organisers (POCOG) to strike local deals.

POCOG President Kim Jin-sun said: “We’re delighted to have KT on board as our first partner. This marks a great leap forward in our Games preparations.

“I believe that the partnership will provide further strength to our vision of opening up New Horizons through organising an athlete-oriented and competition-centred Games.”

Earlier in the year, Gunilla Lindberg, Head of the International Olympic Committee’s (IOC) Coordination Commission for the Games said “the biggest concern” for them was the lack of sponsorship agreements.

Hwang Chang-kyu, KT’s chief executive, said: “We are looking forward to cooperating with POCOG. KT will incorporate our cutting-edge telecommunications services technology to the PyeongChang 2018 Games.

“We also believe that this partnership will help enhance the experience of all Games participants.”

KT previously sponsored the 19888 Summer Olympic Games in Seoul, as well as the 2002 FIFA World Cup in Korea and Japan.