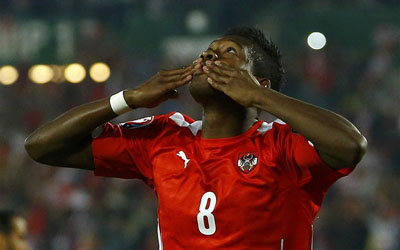 Puma and the Austrian Football Federation (ÖFB) have announced an extension to their long-term kit deal.

Puma has been the kit supplier to the Austrian National Football Team for 40 years, which included four FIFA World Cups and one UEFA European championship.

ÖFB president Leo Windtner said: “We have long standing relationships with most of our partners, all of which are based on trust, mutual appreciation and the right balance between giving and taking.

“However, a partnership over such a long period of time is unique to us, and it shows it is profitable for either side. I am very pleased about PUMA keeping their faith with us, continuing to be a great technical partner.”

Under the renewed kit deal, Puma will continue to supply all official playing kits, including the men’s, women’s and all youth national teams of Austria.

Puma and the ÖFB did not announce any contract details, but it’s expected that Puma will supply the Austria Kits at least until 2018.

Christian Voigt, Senior Head of Global Sports Marketing at PUMA said, “For us this is a very special partnership, the longest standing in PUMA’s history.

“Over the past 40 years we have formed a relationship of trust, and one that has been consistently based on common values and aspirations.

“We are delighted with this extension, and wish the ÖFB great success as they look to build on their great start to the European Championship qualification.”