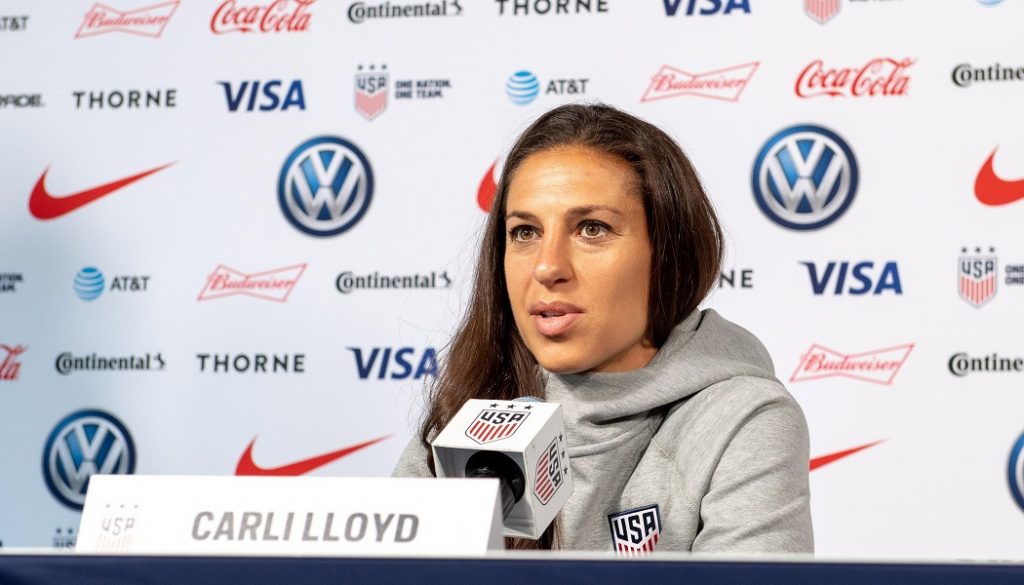 Presidential Hopefuls Weigh In On Equal Pay For U.S. Footballers

The U.S. women’s national team’s call for equal pay is gathering support from a number of presidential candidates and advocates as the World Cup holders keep obliterating the opposition in their pursuit of a fourth title in France.

“As we cheer them on in the World Cup, we must support their fight off the field for equal pay,” former Vice President Joe Biden, a 2020 Democratic presidential candidate, tweeted minutes before the team’s match against Chile on Sunday (the U.S. won 3-0 to advance to the last 16).

In March, all members of the squad were named as plaintiffs in a suit against the national federation, demanding pay and training conditions equal to the men’s squad.

The players, a group that includes stars Megan Rapinoe, Carli Lloyd and Alex Morgan, said they have been consistently paid less money than their male counterparts even though their performance has been far superior to the men’s team.

Biden’s comment echoed that of fellow presidential candidate and current Senator Kirsten Gillibrand, who highlighted the team’s 13-0 rout of Thailand in their World Cup opener.

“Here’s an idea: If you win 13-0 – the most goals for a single game in World Cup history – you should be paid at least equally to the men’s team,” tweeted Gillibrand following that match.

The result was “a visual demonstration and reminder that the U.S. women’s team deserves equal pay,” said Cheryl Cooky, a Purdue University professor who focuses on gender in sport.

That kind of performance, she argued, helped chip away at “the kinds of explanations that we’ve seen in the past being used to justify or legitimate the unequal treatment of women’s sports.”

The next challenge will emerge “when the tournament ends how do we keep the conversation in the limelight,” Cooky said.

Since the lawsuit was filed, some companies have stepped in to help close the pay gap.

Nutrition snack company Luna Bar announced that it would give each member of the squad competing at the Women’s World Cup a one-time payment of $31,250 — the difference in the bonus paid to the men’s World Cup squad.

The U.S. women next play Sweden on June 20 in their final Group F match.