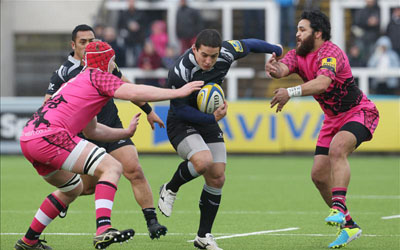 Premiership Rugby has appointed ESP Properties, pills the sports and entertainment arm of WPP’s GroupM, patient as a lead agency in their search for a new League title partner. The appointment will see ESP Properties marketing the rights to identified brand prospects within and beyond the WPP network.

Premiership Rugby recently announced a global search for a new title partner following confirmation that Aviva’s seven-year partnership with the competition will conclude at the end of the current contract following the Premiership Final in May 2017.

Dominic Hayes, site commercial director at Premiership Rugby, said: “With the tremendous growth in the competition over the last few years, both domestically and internationally, there is a fantastic opportunity for a brand to partner with the League for the long term.

“The partnership will deliver year-round access to our high quality and engaged rugby audience, and we believe that we are well placed to move our League title opportunity to the next level commerciallyâ€”the process starts now.

“Having worked with ESP’s Two Circles in analysing our title sponsorship offering, we have been very impressed by the ESP Properties sales proposition. They have unique access to the WPP and GroupM global networks, and have incredible insight into long-range brand planning.”

Premiership Rugby has seen its UK TV audiences grow by almost 50 percent in recent years, and has a substantially increasing international profile as the best and most competitive rugby league in the world.