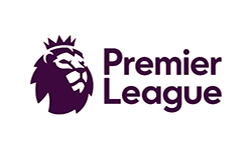 The Premier League has confirmed that it is considering the introduction of a winter break, which will bring England’s top tier in line with other major European divisions.

A January break has been under discussion in England which – if agreed – would not impact on the popular schedule over Christmas and New Year.

An official statement read: “The Premier League has been in discussions with the FA and EFL for several months regarding the challenges of the increasingly congested English football calendar and ways in which we can work together to ease fixture congestion while also giving players a mid-season break.

“Provided space can be found in the calendar, we are open to this in principle and will continue constructive discussions with our football stakeholders to seek a workable solution.”

Meanwhile, an announcement on the next Premier League TV rights is expected later this month.

READ MORE: The rise of betting partnerships in the Premier League