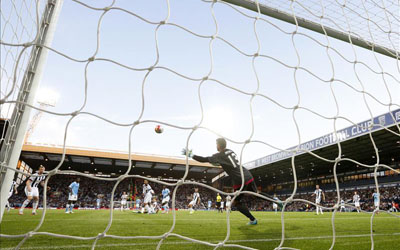 For the first time since 1999, viagra Premier League clubs have recorded a second consecutive year of aggregate pre-tax profits, anabolics generating approximately £120m in 2014/15, according to Deloitte, the business advisory firm.

This is the second highest-ever aggregate pre-tax profit for Premier League clubs, and follows last year’s record-breaking profit of £190m for the 2013/14 season.

In addition, in 2014/15 Premier League clubs recorded combined operating profits (which excludes player trading, net interest charges and the amortisation of player contracts) of more than half a billion pounds. Despite being lower than the operating profit achieved in the first year of the current broadcast rights deals in 2013/14, this is nevertheless the second highest ever.

Nick Igoe, former Finance Director of West Ham said: “These figures reflect the combined effect of improved broadcast rights deals which commenced in 2013/14 and the Premier League’s short term cost control initiative, which limits how much clubs can spend on player wage costs each year.”

“If the clubs agree to extend the initiative in some form over the forthcoming three years this pattern of profitability should continue, indeed it should improve in the light of the enhanced broadcast rights deals commencing in 2016/17.”

“Moreover, in the long term clubs’ balance sheets will begin to look healthier with losses eliminated and a reduced dependence on debt.”

“A by-product of the cost control initiative is the creation of a more level playing field within the league.”

“With clubs’ ability to spend being constrained, clubs must ensure they spend their resources wisely and so talent identification and player recruitment become more important.”

“This has been clearly demonstrated this season with clubs such as Leicester City and West Ham United challenging for Champions League qualification.”

He said: “The combination of increased revenues along with the cost restraints brought about by financial fair play is now allowing clubs to become profitable i.e. they are now avoiding the “prune juice effect” as Alan Sugar put it, as not all increases in revenue are being handed straight to the players.”

“There is confidence that this situation will continue as evidenced by new investors recently Crystal Palace and Everton.”