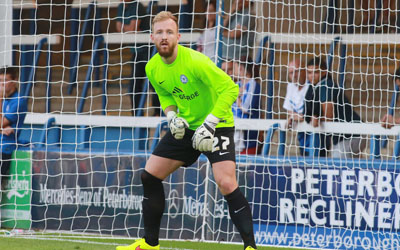 Alnwick joined Sky Bet League One’s Peterborough in the summer and has been an ever-present in Darren’s Ferguson’s side during the 2013/14 campaign.

The 27-year-old has previously represented Tottenham Hotspur, Sunderland, Barnsley, Charlton Athletic and Leyton Orient throughout his career and is another Football League custodian to wear the Precision Goalkeeping brand.

Alnwick, who gained 20 youth international caps for England between the Under-16 and Under-21 age groups, will wear the Precision Goalkeeping Brasilierao Contact Rollfinger glove, as he continues to help Posh earn a place in the Sky Bet Championship.

“I am thrilled to have signed with Precision Goalkeeping and look forward to a great partnership,” said Alnwick.

“I have been very impressed by the quality of the gloves when using them on the training pitch and I’m excited about wearing them in the Football League this season and beyond.”

David Sanderson, brand and marketing director at Precision Goalkeeping, added: “We are pleased to have signed Ben to our goalkeeping stable. “He is quickly establishing himself as one of League 1’s best goalkeepers as a regular in the Peterborough line-up.”