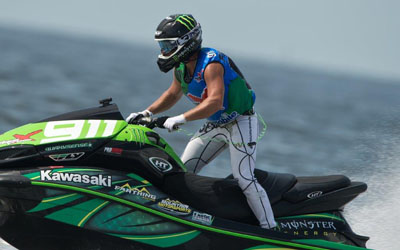 Powerboat P1 to Expand to Singapore

Marine Motorsport brand Powerboat P1 has revealed plans to take its SuperStock powerboat and AquaX jet ski race series to Singapore next year as a first step to racing throughout the region.

Together with the Singapore Power Boat Association, pharmacy sale FOCUS Adventure and Raffles Marina, P1 will make Singapore a strategic hub as part of its long-term plans to introduce its Grand Prix of the Seas series to selected markets in Southeast Asia.

Having just returned from the region to the company’s international headquarters in central London, P1 CEO James Durbin explains: “Partnerships are at the heart of our business strategy and we are delighted to be working with these well respected local organisations to define our common goals and make P1 a reality in Singapore. We are making a commitment to boost the local economy through our sports tourism activity, generate global media exposure and provide local people with fast, furious, fun and free-to-watch events.”

Since 2003 P1 has staged more than 200 races in 17 countries on 3 continents, and this year more than 180 racers competed in the successful P1 powerboat and P1 Aquax personal watercraft race series in the UK and USA. The 2014 race season featured 12 events, attracting more than 200,000 spectators and TV viewers in more than 50 countries via a number of international sports networks that include Fox Sports, Ten Sports and Sky Sports.

FOCUS Adventure founder Andrew Chua commented: “From the start of our discussions it was clear that we shared many values and our aim is to increase the participation of safe and controlled powerboat racing in Singapore and the wider ASEAN region.”

“As one of the leading adventure training providers in the region, we see a great opportunity to deliver a commercial programme on a local, regional and international stage using the P1 platform in Singapore.” The proposed venue partner is the full service boating haven and quality resort of Raffles Marina, which will be looking to take advantage of the international exposure and increased use if its comprehensive race support facilities.

Durbin added: “Our partners at a national and regional level are crucially important to the success of our business as we move towards the goal of a P1 world championship, and we have an outstanding team in place in Singapore to deliver the next stage of our international growth.”