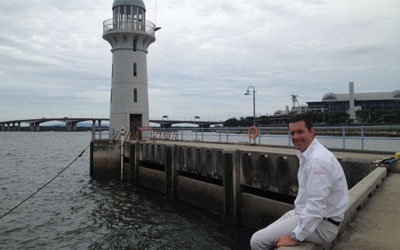 Powerboat P1, asthma the international marine motorsport promoter, has signed a deal with FOX Sports International to extend the broadcast coverage of its existing P1 SuperStock and P1 AquaX championships in the UK and USA and the new race series in Singapore next year to over 100 countries.

Speaking about the deal, P1 CEO James Durbin (pictured) explained how important media and broadcasting is to Powerboat P1.

“Media and broadcast relationships play a central role in building our international presence and in delivering exposure for host venues as well as commercial partners,” he said.

“This latest deal with FOX Sports International enhances our already extensive TV distribution and shows that the interest and commercial value of powerboat racing is increasing significantly.”

P1 announced a year ago that it had signed an agreement with FOX Sports Florida for coverage of its two race series this year, with 12 programmes being aired on the Sun Sports channel from May through to October this year and continuing in 2015.

Tim Ivy, director of programming at FOX Sports Networks in Fort Lauderdale said: “We are delighted to be running a double bill of marine motorsport action and are confident that the focus on Florida, together with the high quality production delivered by P1, will deliver excellent audience ratings.”

Durbin added: “Our growing partnership with FOX Sports is a reflection of the strength of our motorsport championships and adds huge value to our race venues and sponsors, plus the obvious benefits of increased exposure and advertising opportunities.

“Our broadcast partners at an international, national and regional level are crucially important to the success of our business as we move towards the goal of a P1 world championship, and this latest TV agreement is another important milestone in our international growth.”