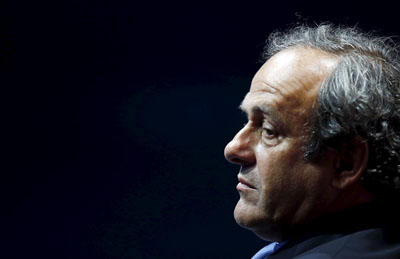 UEFA President Michel Platini has confirmed they would be willing to move the semi-final and final of the UEFA Champions League to June in 2022 if FIFA decided to stage a winter World Cup in Qatar.

Despite opposition from some of Europe’s top leagues, such as the English Premier League, the Spanish Liga and the German Bundesliga, Platini doesn’t believe it will be a problem for Europe’s premier club competition to be moved.

The Frenchman also claimed that a solution to deciding the dates of the tournament is expected soon.

A FIFA task force has pinpointed November/December 2022 and January/February 2022 as the likeliest months for the World Cup to take place, but have also been told to consider to May.

A summer World Cup seems almost impossible due to the scorching heat in Qatar in June and especially after FIFA’s chief medical officer, Professor Jiri Dvorak informed the task force that it would be a “highly critical risk” to players, officials, and fans if the tournament were to be staged in June and August

Platini, who was visiting England’s national football centre St George’s Park for the first time this week, said: “As the president of the confederation I have no problem … because it is not a problem for the competition of the Champions League, we can move the dates in 2022 and have two semi-finals and the final in June.”

The 59-year-old had previously suggested that the 2022 World Cup should be played in January instead of November as six international calendar dates would be affected, but he seems to have has softened his stance.

“Everybody speaks about the clubs and the leagues but if it is in November and December then you lose six dates of the national teams,” he added.

International Olympic Committee President Thomas Bach stressed his confidence this week that FIFA would stick to its promise that the 2022 World Cup would not clash with the Winter Olympics.

Playing in January 2022 would certainly cause problems between both organisations.

Speaking on this matter, Platini said: “That is FIFA, they don’t want to clash with the Olympic Committee but the rest of the world wants to find the best solution for the football.”